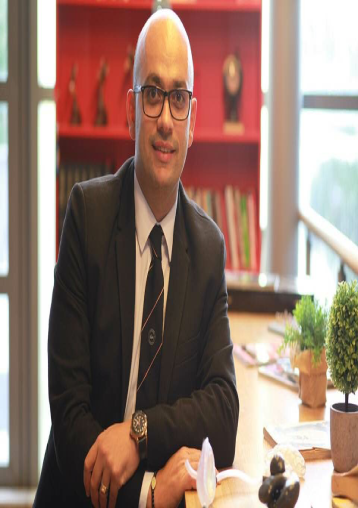 I graduated from Hacettepe University Faculty of Medicine in 2001. Same year, I started to my assistance duty in Ankara Training and Research Hospital at urology clinic. I became a urology specialist in 2005. In the meantime, I have attended as an observer in Austria Vienna University, Urology Clinic with scholarship program of European Urology Association

for 1 month. I started to work as Urology Specialist in Ankara Training and Research Hospital in 2006. Because of my success at the exam, I assumed the title of Associate Professor in 2011. I was assigned as a lecturer within the academic staff in 2013 at the same hospital. I have been assigned as Associate Professor to Hacettepe University, Faculty of Medicine, Department of Urology (Eng) in 2013 and I still work at the same institution.

I started to doctoral program at Hacettepe University, Faculty of Medicine, Department of Anatomy in 2008. After passing the competency of doctorate, I assumed the title of MD-PhD. In the meantime, I made academic studies on technical developments in the area of surgery of prostate, bladder, pelvic floor and kidney. I gave more than 100 lectures on endourology, functional urology and open surgery cadaver practices at national and international levels. I presided the First International Uroanatomy Congress that was realized for the first time at the international academic level in 2013.

I have attended as an observer in MD Anderson Cancer Center about Urologic Cancers in 2010. I studied and received the certificate in the area of “cryotherapy” minimal invasive treatment methods in the area of prostate and kidney cancers in Denver, in 2013. I made studies on functional urology, men and women incontinence and neurology in 2014, in Belgium, Leuven University, Department of Urology. I received one of the most important in the international level the ECMT (European Continue Medical Education) “Certificate of Achievement” in the area of idiopathic urinary retention, Sacral Neuromodulator which is very important for bladder sick persons non-responding to medical treatment. Because of my success in written and oral exams of the European Board of Urology (EBU), I assumed the title of FEBU (Fellow of the European Board of Urology) in 2007. I had worked in Association of European Urology Assistants as secretary general between the years of 2006-2008.

I worked as charter member of Association of European Urology, Committee of Young Urologists in 2010. Afterwards, I have worked for 6 years as president of International Young Urological Associatıon (IYUA) which was established in 2010 in United States of America. Since 2016,

I have been working as project coordinator in a European Union Project MedTRain3DModsim which is accepted by Turkish National Agency. I have worked as Director of the Hacettepe University, STEM & Maker Lab between the years of 2014-2017.

. I have still been working as president of Association of Surgical Anatomy and Technologies (CATD), director of International Continence Society (ICS) Institute School of Modern Technology (since 2018). My recent studies are on the topic of virtual urological surgery models, 3D medical printing, surgery planning with virtual and increased realities and health technologies. I’m married and I have one child.